INFORMATION FOR THOSE SEEKING TO CYCLE SPAIN
U bent hier:Home»Type of Cycling»Cycling Andalusia – Introduction

Andalusia is the largest autonomous region of Spain and in many ways, the most cultural and traditional – the processions are the most beautiful, the nights are the longest, the sun the hottest, and the flamenco the deepest. It has countless famous cities such as Sevilla, Granada, and Cordoba, it has white villages and the beaches of the Costa del Sol and the Costa del Luz, the peaks of the Sierra Nevada, and even simultaneously houses the driest and wettest places in Spain. Also read our page: when to cycle Andalusia.

You can pretty much cycle in Andalusia all year round. Pretty much, because July and August can have temperatures that reach as high as 40 degrees, and if you are seeking to cycle in the higher elevations of the Sierra Nevada in the winter, you will quickly be met with snow.

Nonetheless, Andalusia has much to offer all types of cyclists throughout the majority of the year. Training road bikers visit the Costa del Sol or refuel natural EPO on the high flanks of the Sierra Nevada. Ambitious mountain bikers ride the multi-week TransAndalus. For recreational cyclists, there are many vas verdes and for everyone who is in the area, biking through Sevilla’s city center is a must.

Mountains (almost) everywhere
Half of Andalusia is hilly or mountainous. One third of the country is above 600 meters. There are 46 mountains that are higher than 1,000 meters. The Mulhacén in the Sierra Nevada is with 3,479 meters the highest mountain in mainland Spain. The slightly lower Pico Veleta can be climbed by bicycle. In Europe you will never get higher on a bicycle. In clear weather you can even see Africa.

Between all these mountains lies the central valley of the Guadalquivir river. 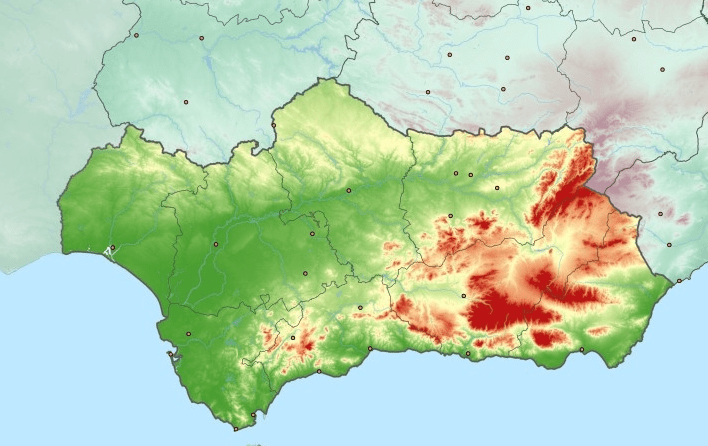 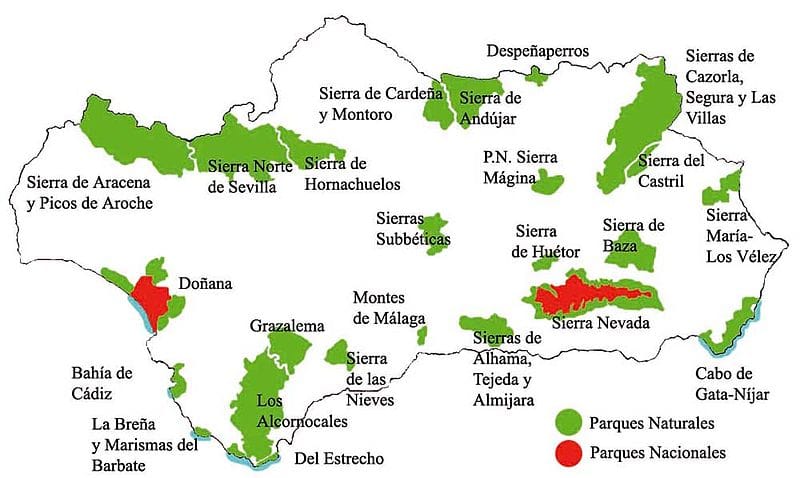