INFORMATION FOR THOSE SEEKING TO CYCLE SPAIN
U bent hier:Home»Travelling TO Spain (with your bike)

Flying to Spain
Every year more than 50 million people visit Spain, a large part of which travels by air. Spain therefore has a dense network of airports. The stiff competition between carriers has resulted in competitive rates. Flying is also the fastest and safest way to get to Spain. 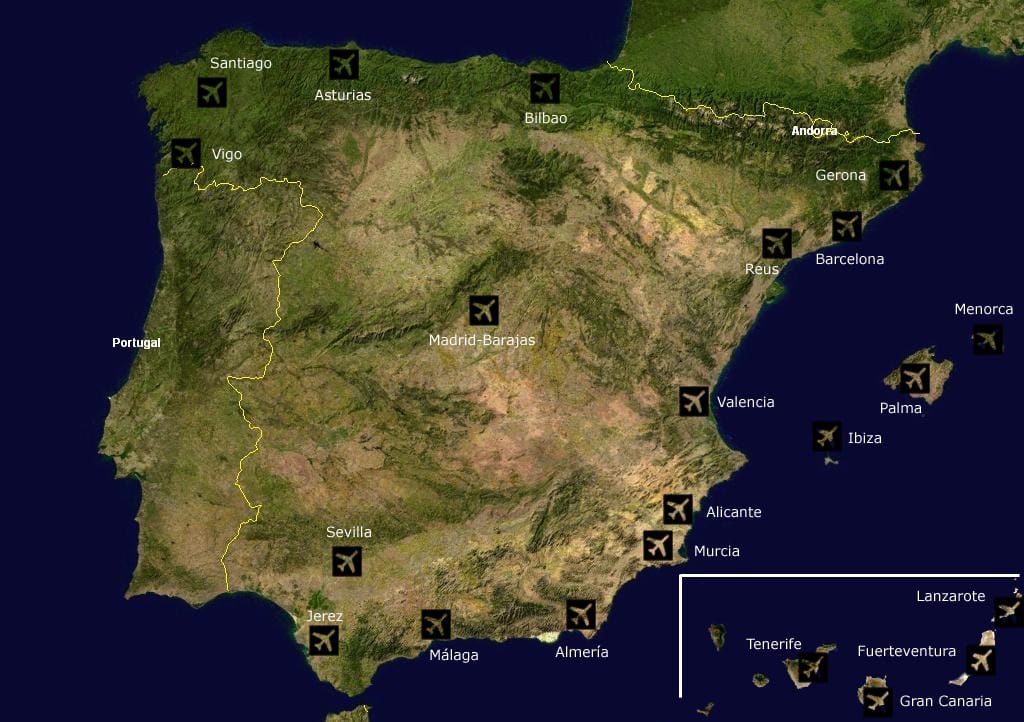 Bike on the plane
When you book your ticket, you indicate that you are taking a bike with you. There is almost always a surcharge for it. Sometimes the bike is free if the total weight remains within the limit, but you usually will exceed that limit.

If you bring your own bike, take some extra time on the airport of departure.  A bicycle is never entirely routine for airport handlers. Take a little more time if you still have to pack your bike.

Find out what are are the conditions for packing your bike of your carrier. Normally the flight to Spain will cause few problems.  But on the return flight it often gets more difficult. If you tell the ground staff at f.e. Barcelona airport that you agreed with the company that you would only put a cover on your bike, the reaction is sometimes that they work with other conditions themselves. At that moment, ask them to call the company. At smaller airports they are less strict and you can often offer your bike (if you like) without protection or with only a plastic cover.

1) Bicycle box
You can get a bike box from your bike dealer or buy it at the airport. They offer reasonable protection, but the risk is that baggage employees are rather rough with them, which can sometimes cause some scratches.  Some companies require a box nonetheless. The return journey with box is often more difficult. You may have saved your box if you are flying back from the same airport, or you may be able to purchase a new box. This is not an easy task; few Spanish airports do sell boxes. So you have to rely on that sympathetic bicycle shop keeper in the city, and a not too small taxi when you drive to the airport. Do not close the box until the last moment. We have experienced that completely sealed boxes had to be opened again to get the bike through the security scan. 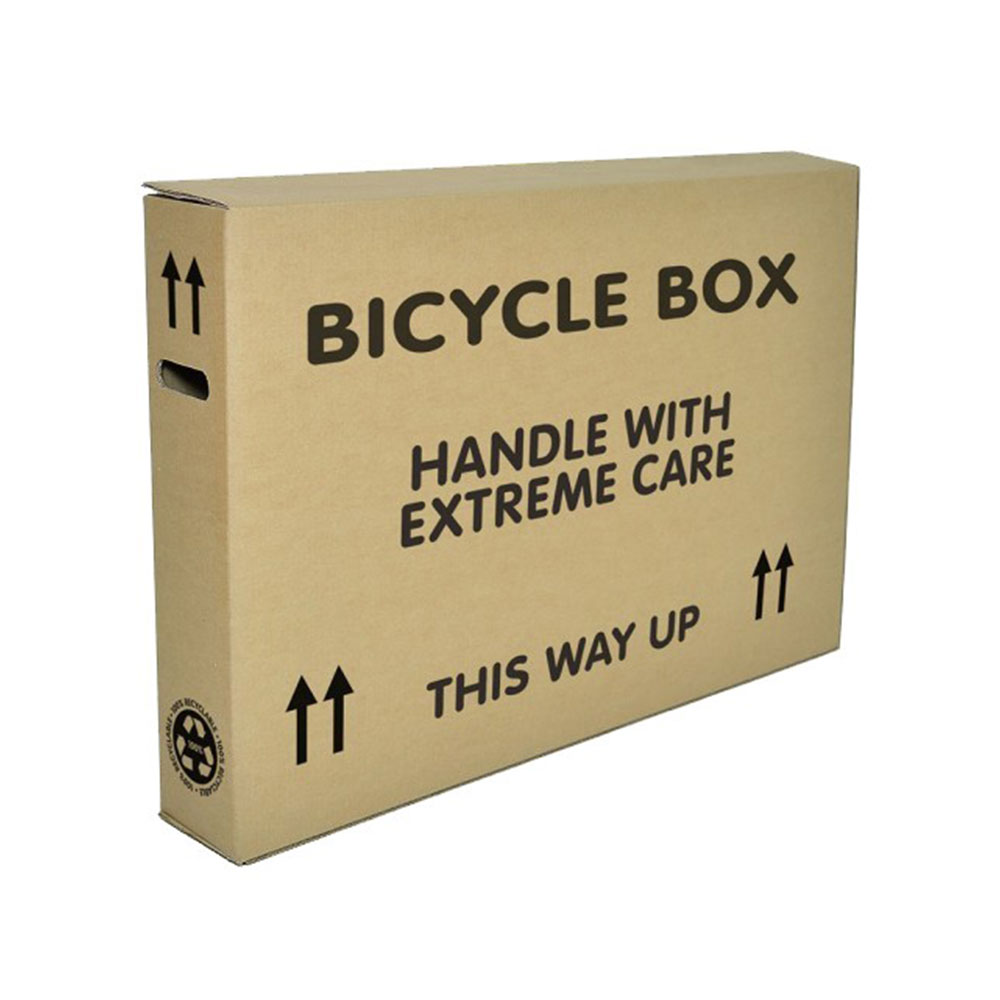 2) Bicycle travel bag
Basically the optimal protection and very suitable for racebikes or MTB’s.  You can store it at the airport or in your (first) hotel. Ask the reception….

If you are flying back home from another airport, you can ask the reception of your first hotel to send the bicycle travel bag by a parcel service to your last hotel. 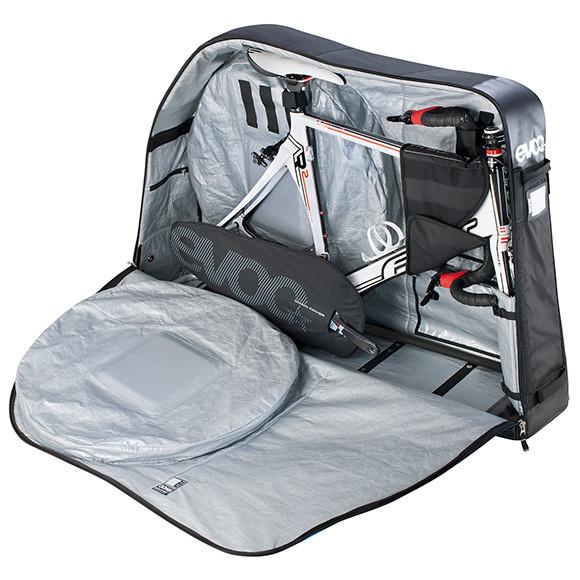 A simple plastic bicycle cover is much less of a hassle than a box. They’re cheap and light, and you can just keep the cover with you for your return trip. Luggage staff will continue to treat your bike as a bicycle, not as an anonymous box. It’s a shame that companies are reluctant to use bicycle covers.

For hybrids and MTB’s it’s a good idea to mount a bracket around your derailleur. This often turns out to be the most sensitive part of your bike. 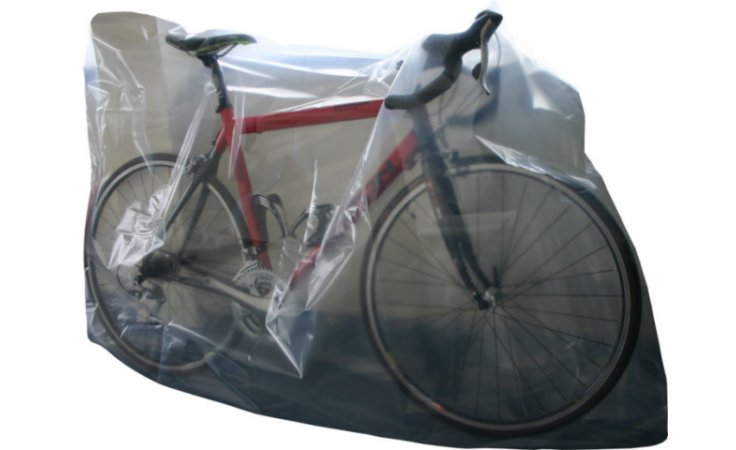 4) Bike along without protection
The least protection does not always mean the most damage. Spaniard Raul Gonzalez  travelled 14 times back and forth to Spain with his trekking bike and did not do much more than remove the pedals, turn the handlebars to an angle and let some air out of the tires. Damage was very limited.

By car, bus or train to Spain

1) Car
When comming from the north by car you normally enter Spain via the Catalan side or the Basque side (Irun). When you crossed France by tol roads from north to south, you will payed € 75,- when arriving at the Spanish border.

3) Train
When comming from the north of Europe, the train is simply not a very atractive option. It is  expensive, takes at least a day and a half and you almost certain have to change trains. 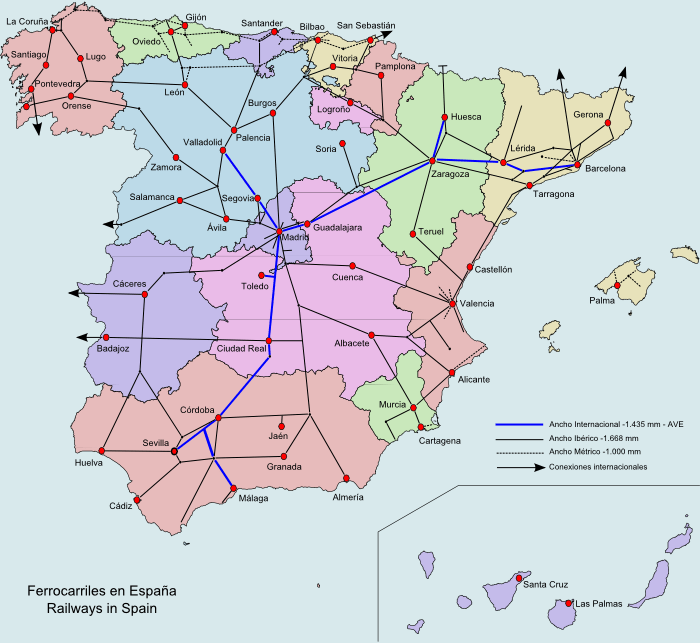 Shipping your bike by parcel service
Shipping your bike allows you to travel to your desired destination without having to worry about dragging lots of baggage with you. You can pack your bike at home and have it picked up by the parcel company. You will see you bike back at your first hotel in Spain.
No cheap, but it avoids a lot of hassle. Check the options in your country.